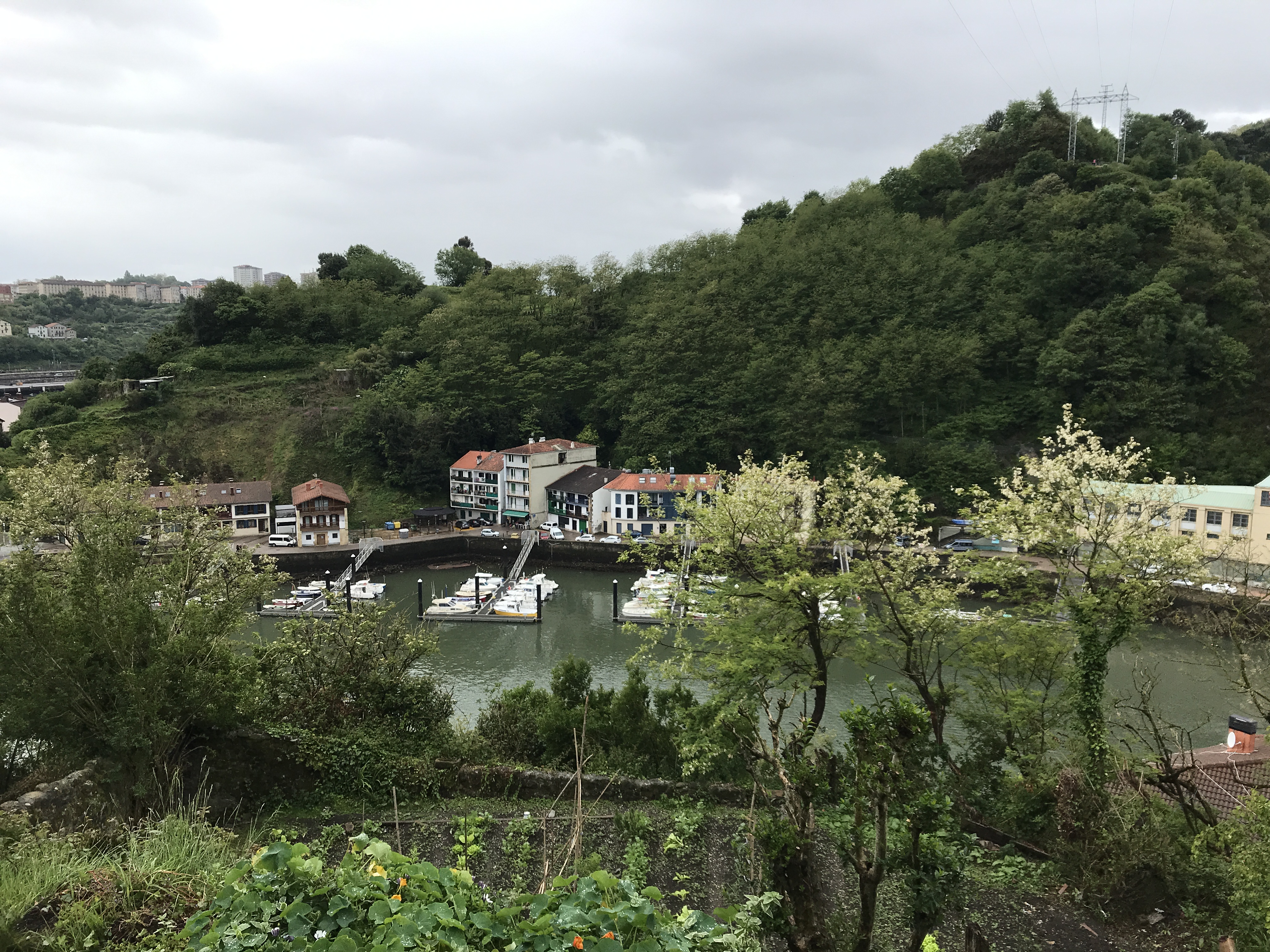 Start: 7:45am Pasai
Finish: 8:30am San Sebastian (Via Bus)
Distance: 7km
Where I Received the Sello: Usturre Hostel 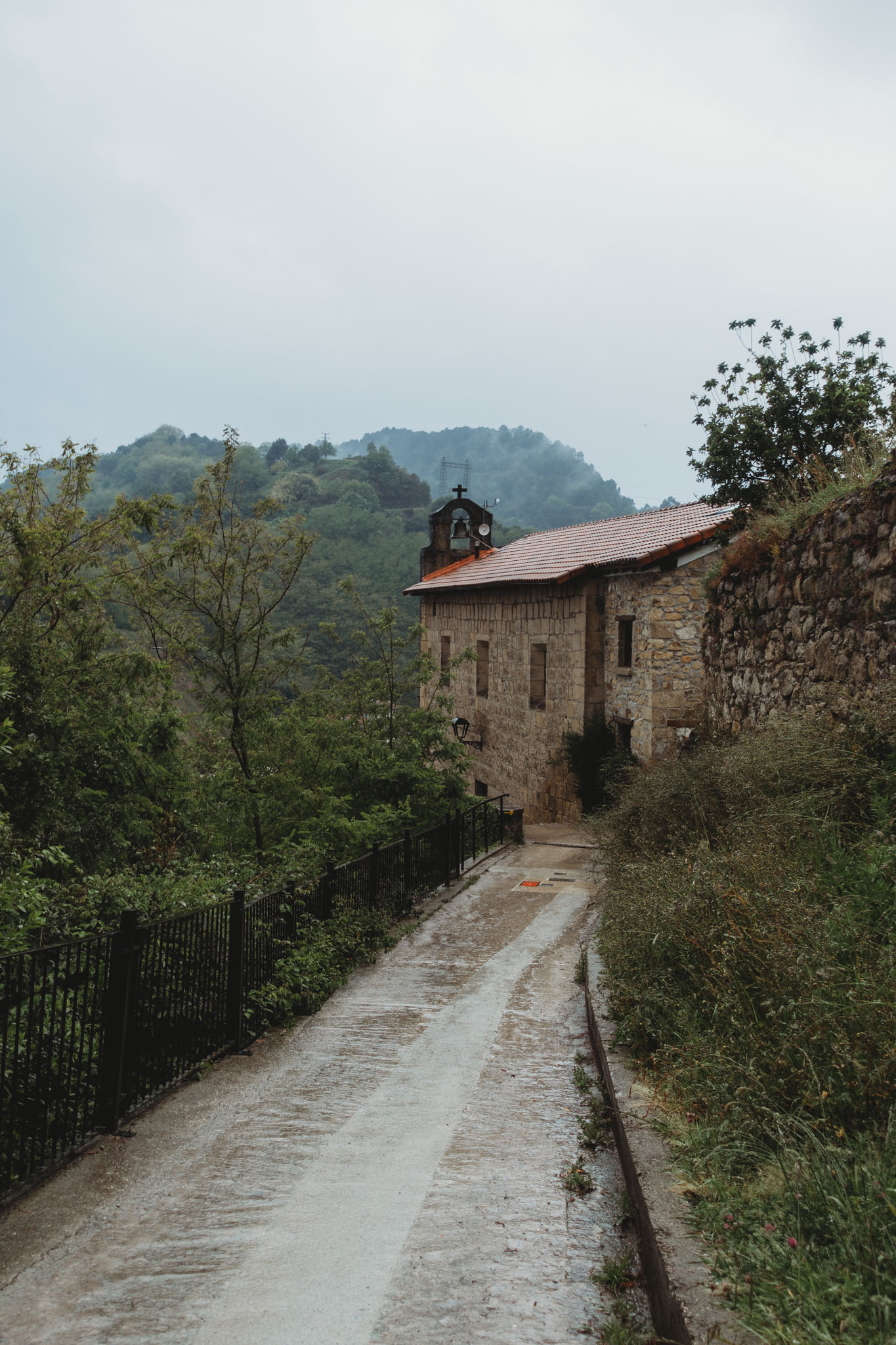 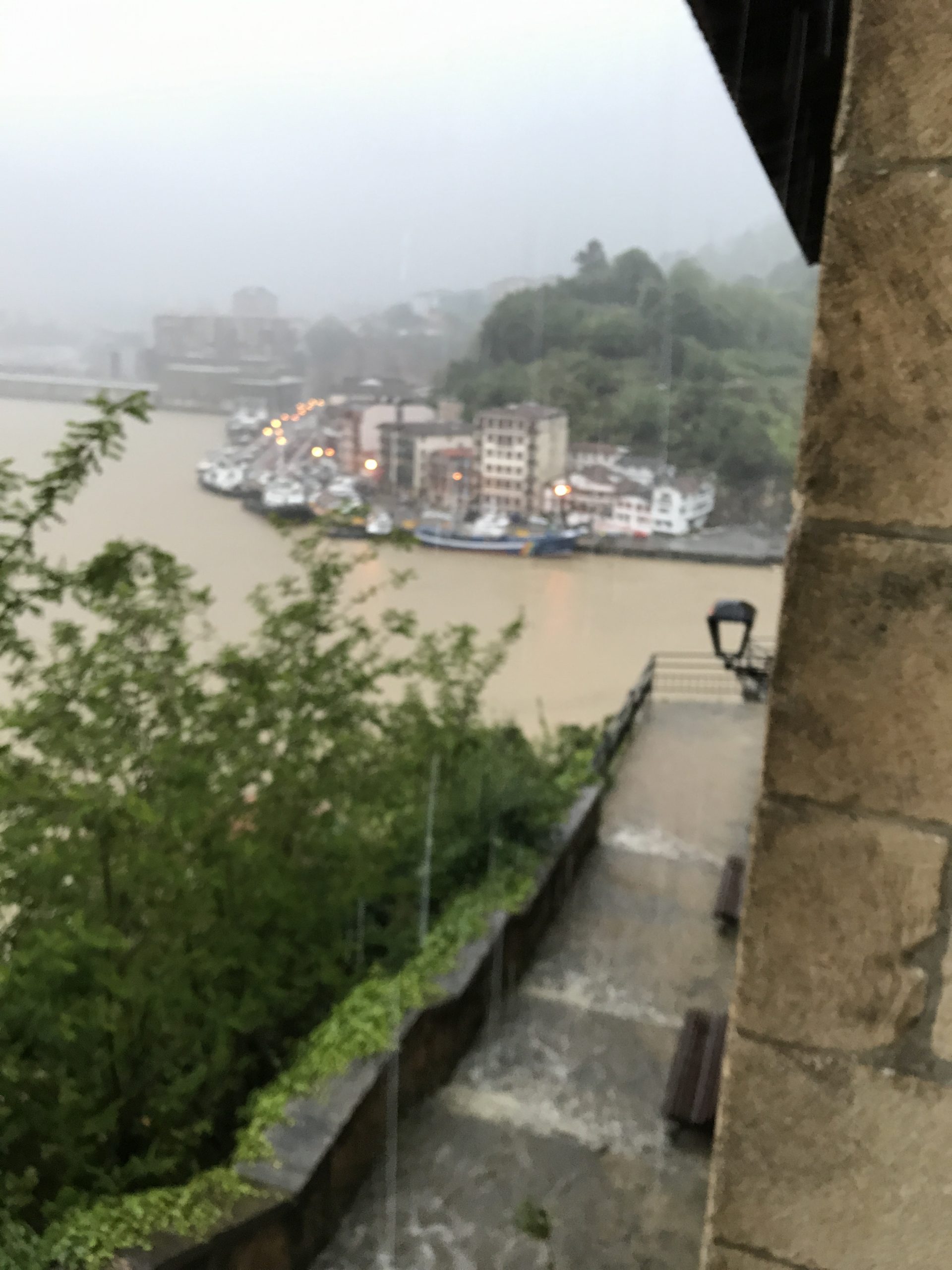 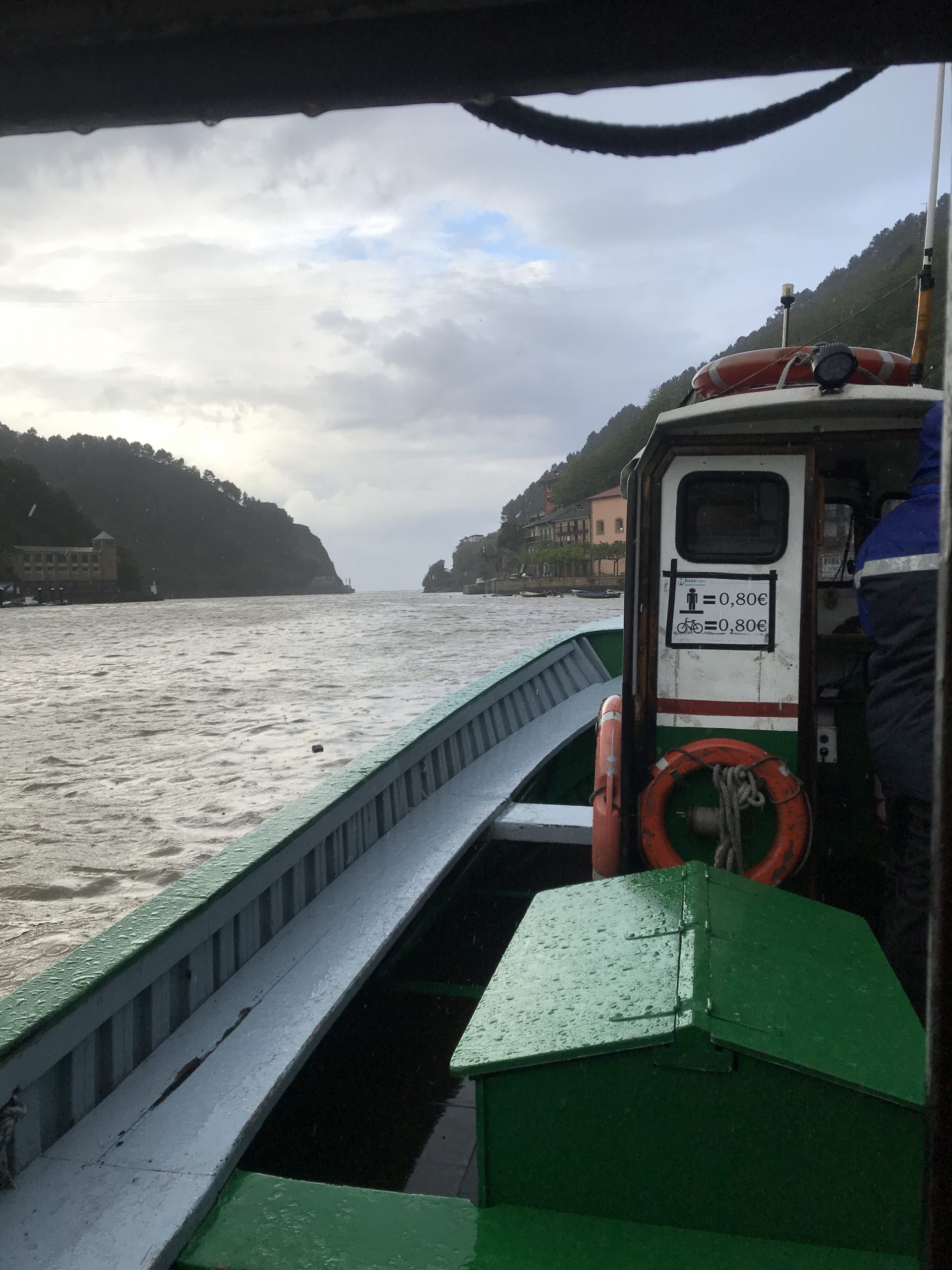 Last night, the storm was so savage, we woke up to a literal river running down the steps of the way we were supposed to follow out of the city and onward to San Sebastian. The hospitalero sounded the musical alarm at 7am and reluctantly told us we weren’t allowed to continue on the trail. The water was so swift and so deep on parts of the hike, it would come as high as our knees. It was too dangerous for us to make the climb on the stairs or the descent once we reached the end of the mountain range.

Discouraged, we were told it was best to take a bus to the next town and decide what to do from there. If the conditions of the trail were this dangerous, one could only assume it would be just as problematic continuing on past San Sebastian to Orio or Zarautz. It was meant to be a 1000ft elevation gain and descent across 16km and an additional 6km beyond Orio. Taking a bus felt like it was giving up a bit, but there really was no other option in these conditions.

Leaving Pasaia, we still had to take a small ferry across the inlet to reach the other side of the village. The waters were choppy, but there were finally patches of clear skies. I overheard some of the Pilgrims on the boat talking about continuing despite the hospitalero’s strong warning against it. The locals live through these conditions—if they’re saying it’s too dangerous, I will gladly heed their advice.

Taking the bus carried alot more shame than I was expecting to feel. It felt like cheating, clocking kilometers that weren’t actually walked, and arriving long before others could. Since I didn’t earn the distance, I didn’t feel like I earned a bed at the Albergue.

With still aching feet and drenched boots, I scrolled my phone for a hostel hoping this would be a chance for my clothes to dry. Or maybe even a chance to get my clothes clean. I’ve worn my warmest layers for three straight days without the facilities to wash them or the sun to dry them in time for the next day’s trek to begin. I’m sure I’ll reach the point where I don’t care so much about wearing the same thing over and over, but for now, I would kill for clean socks. I found a place with a cheap bed in a mixed dorm and called it a success being booked so last minute.

Reaching San Sebastian was a relief, but it was lost in a thick cloud of greyness. I had no energy to fight the wind and the rain for a third straight day. I was getting to the point of wondering if the weather was reason enough to deviate from this plan and come back at another time to finish the Camino. I was frustrated with myself for even considering giving up, but the reason for choosing May was for slightly warmer months than Spring without the crowds of Summer. It seemed I would have no choice in the matter. It very well may rain all the way through my final departure from the EU in June and that’s something I need to be okay with. I dropped my bag at the hostel ten blocks from where the bus dropped me and set out for some creature comforts.

Finding damn good coffee wasn’t a problem as San Sebastian is abundant in funky spaces with modern eats. As much as I love being a nomad, sometimes wandering into the perfect coffee shop, no matter how bougie, resets my mindset and my creativity. Words flowed as quickly as the rain poured and I watched surfers exit the violent sea. How they could be in the water in a storm like this was beyond my understanding. Coming from a similar climate in coastal California, I suppose the relationship surfers have with the waves is culturally universal. After I finished my coffee, I needed a change of scenery and perhaps some dialogue familiar to my ears. My brain was fatigued from straining to understand and translate the Spanish around me. I was grateful for the immersion, but France was still weighing on my heart. I wasn’t ready to let go of everything I learned from being there. Just as much as I wasn’t ready to give up on the Camino.