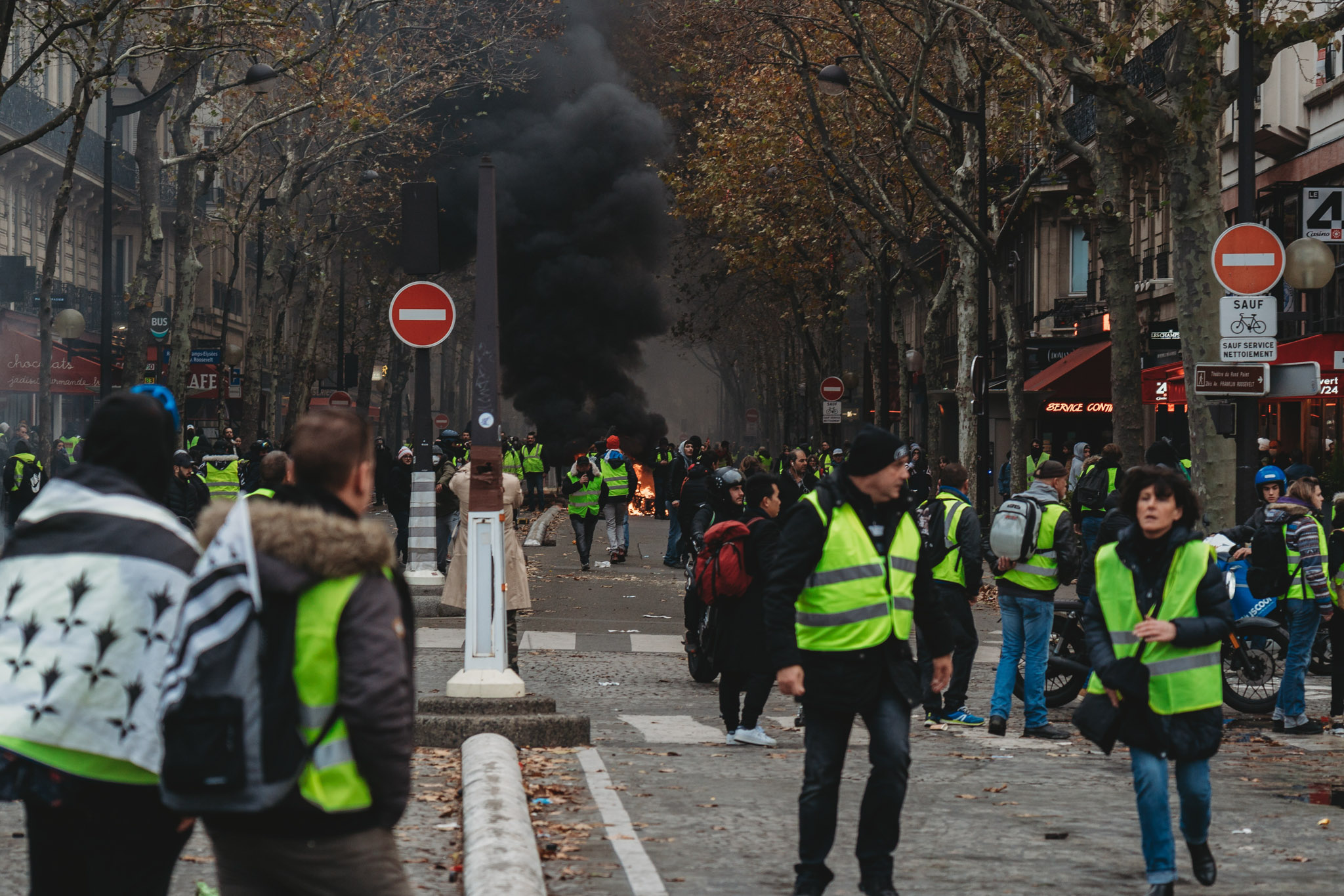 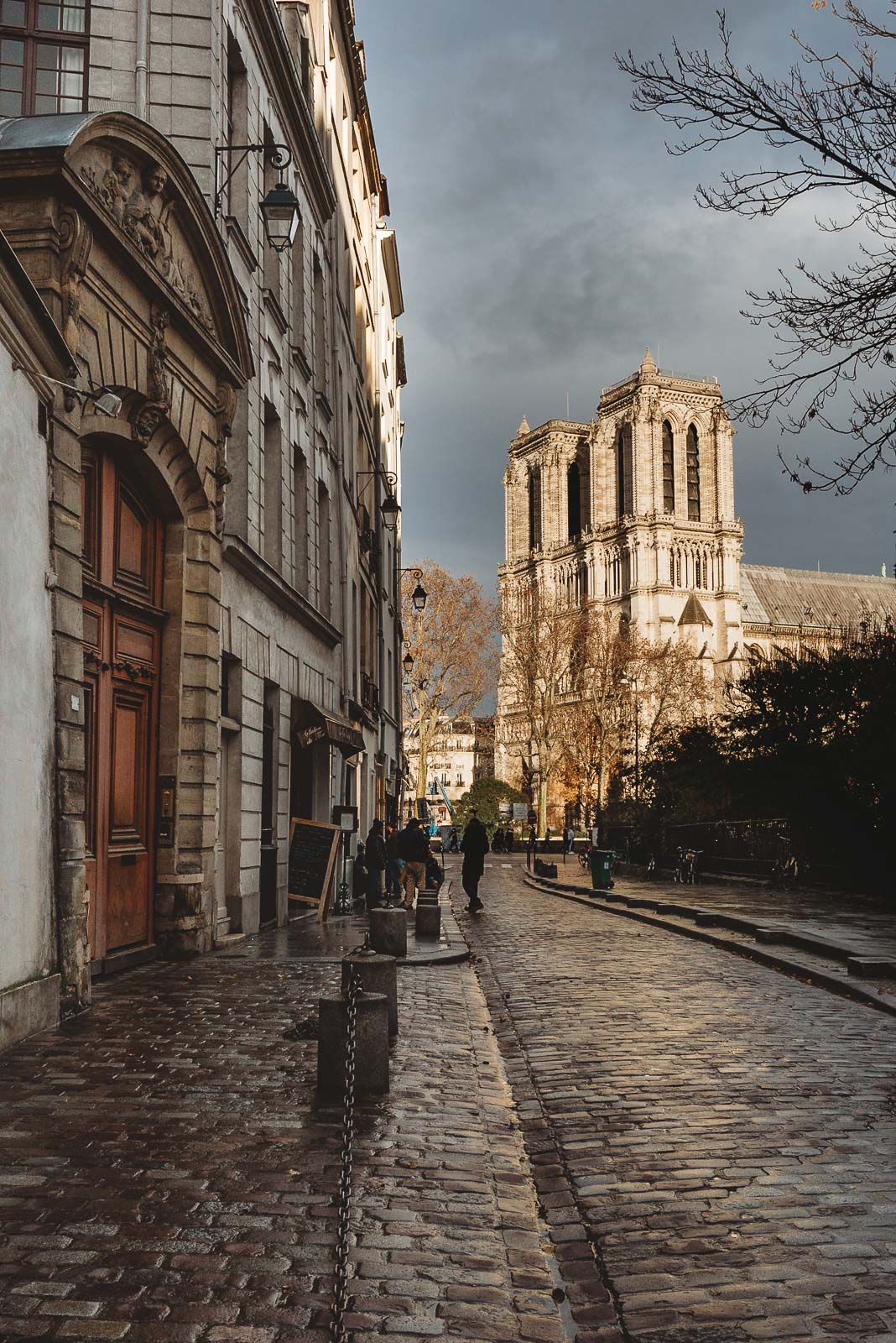 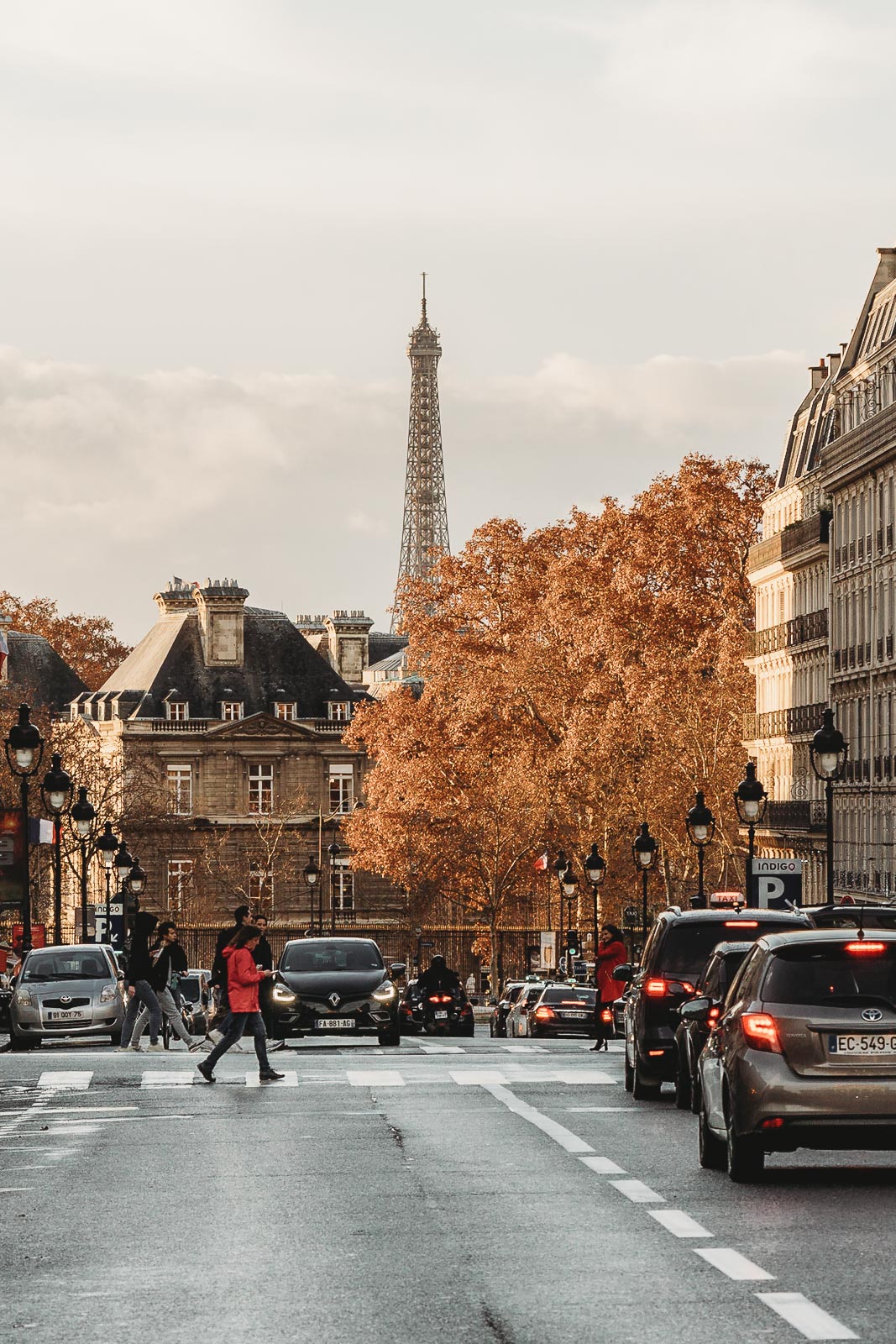 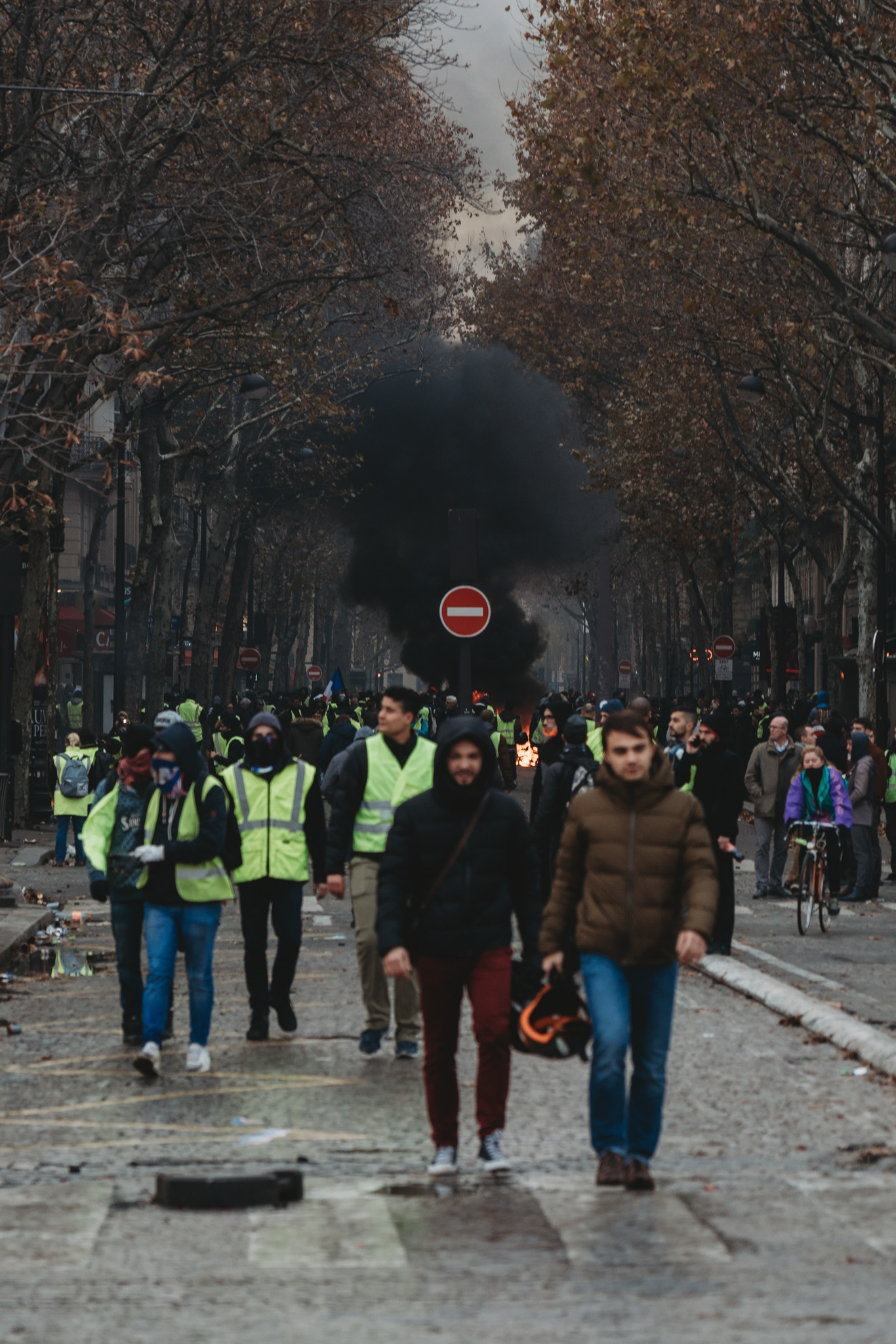 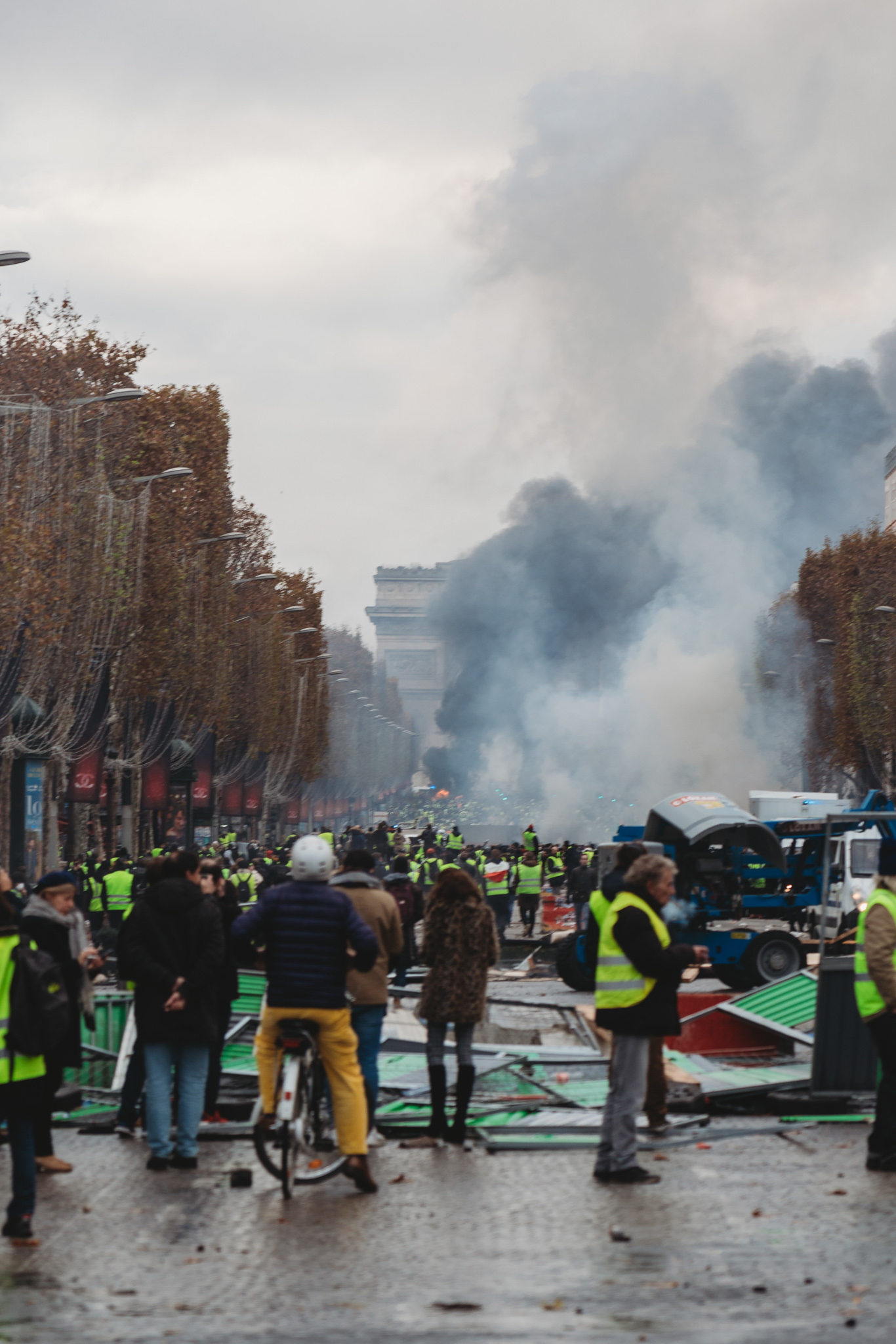 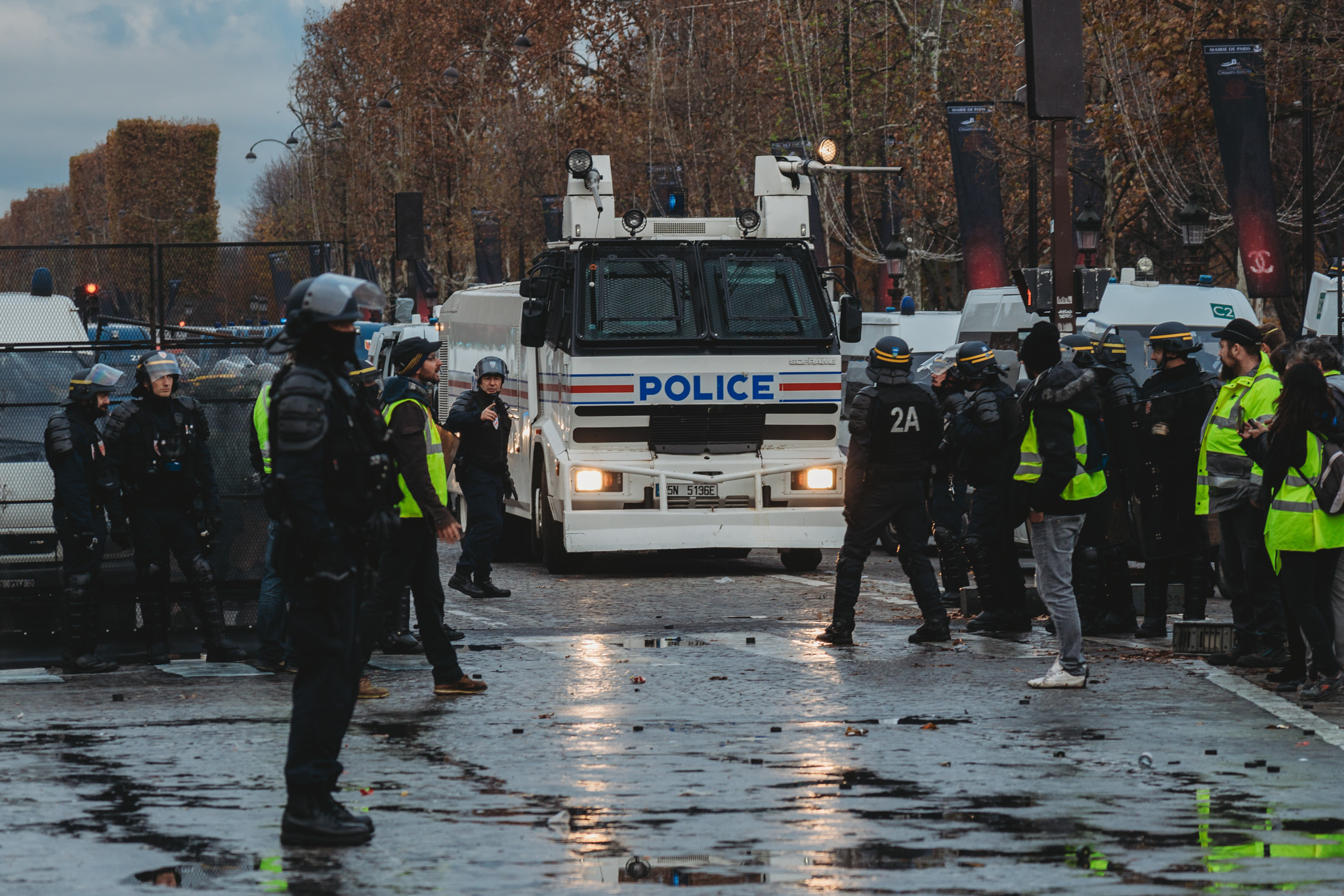 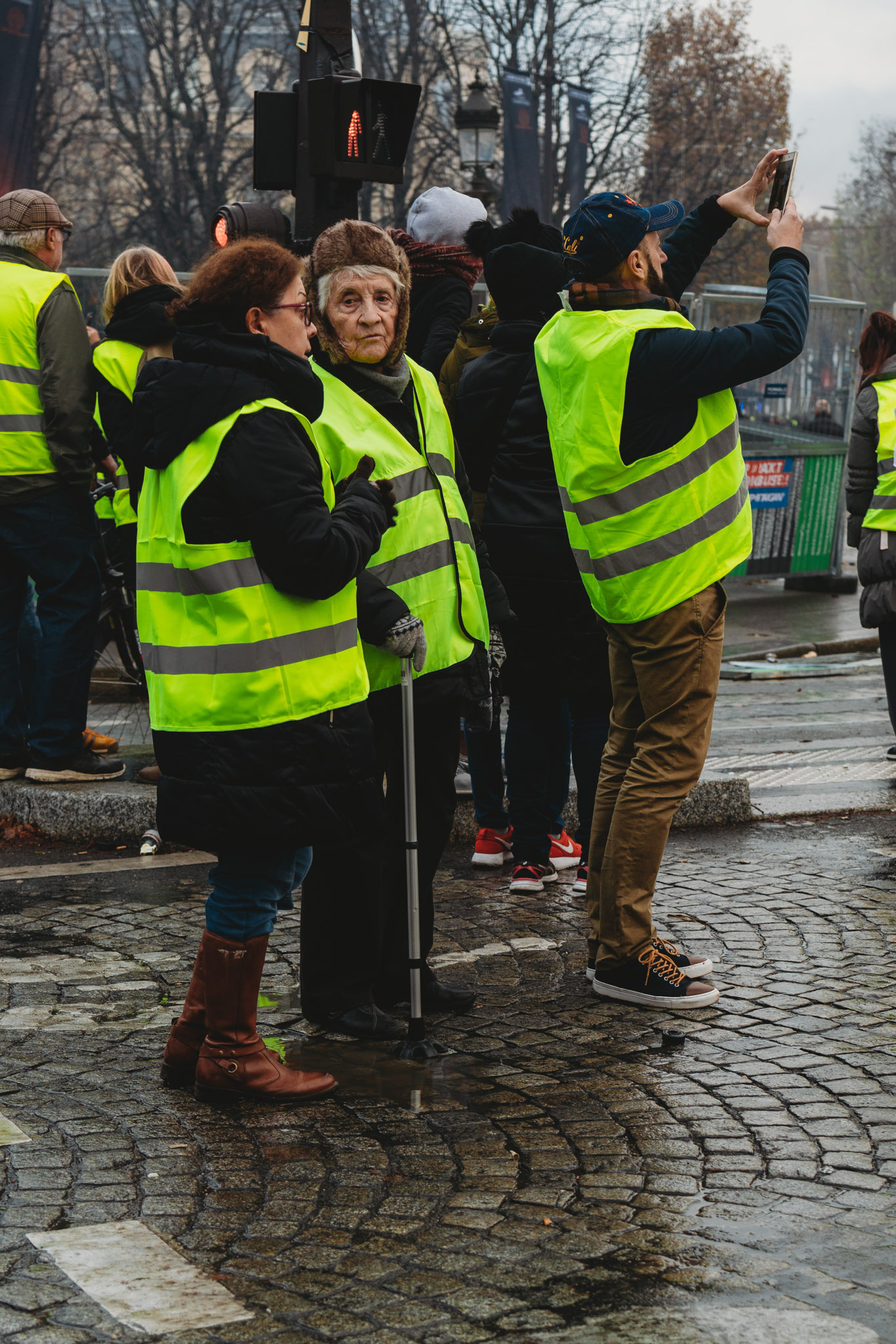 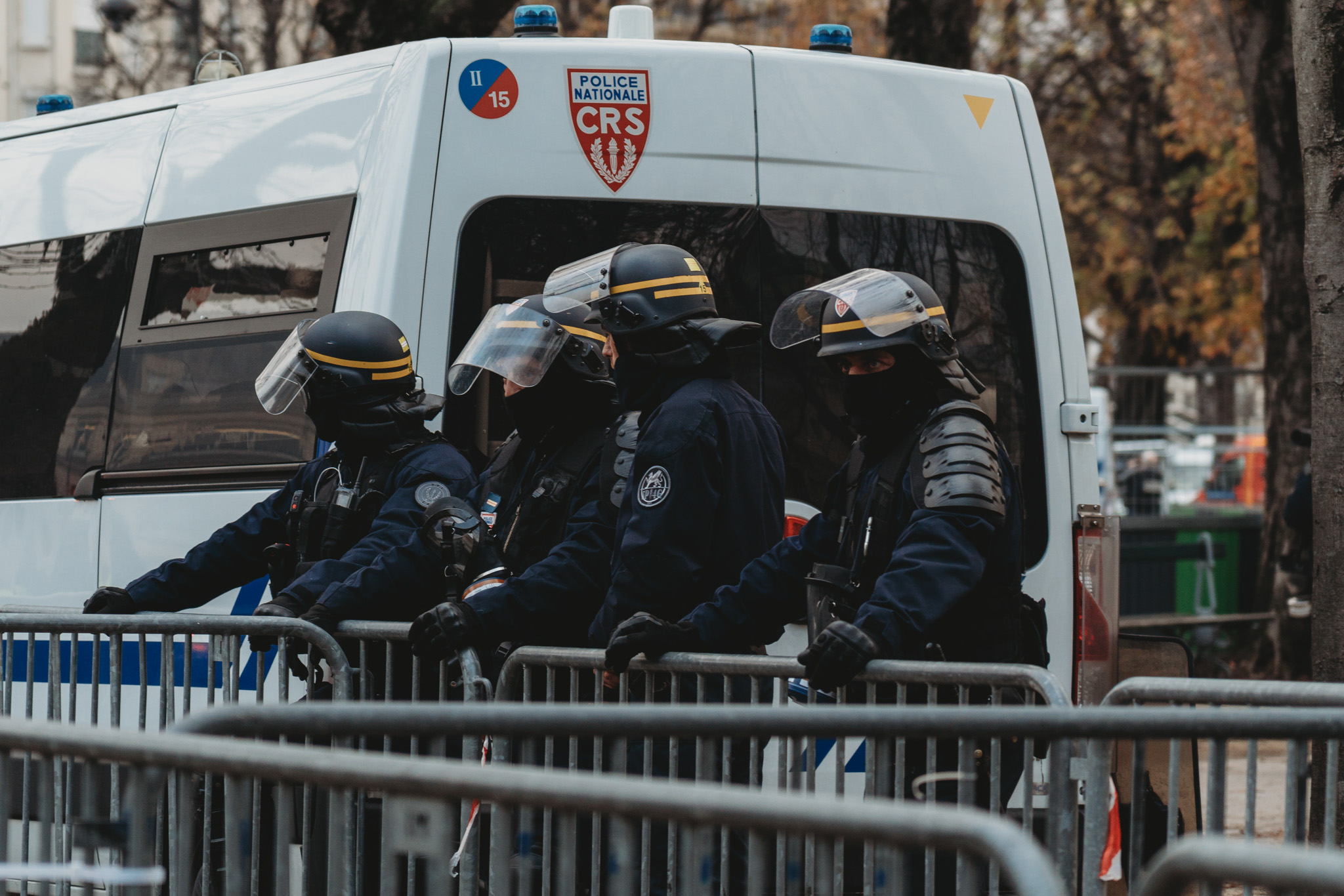 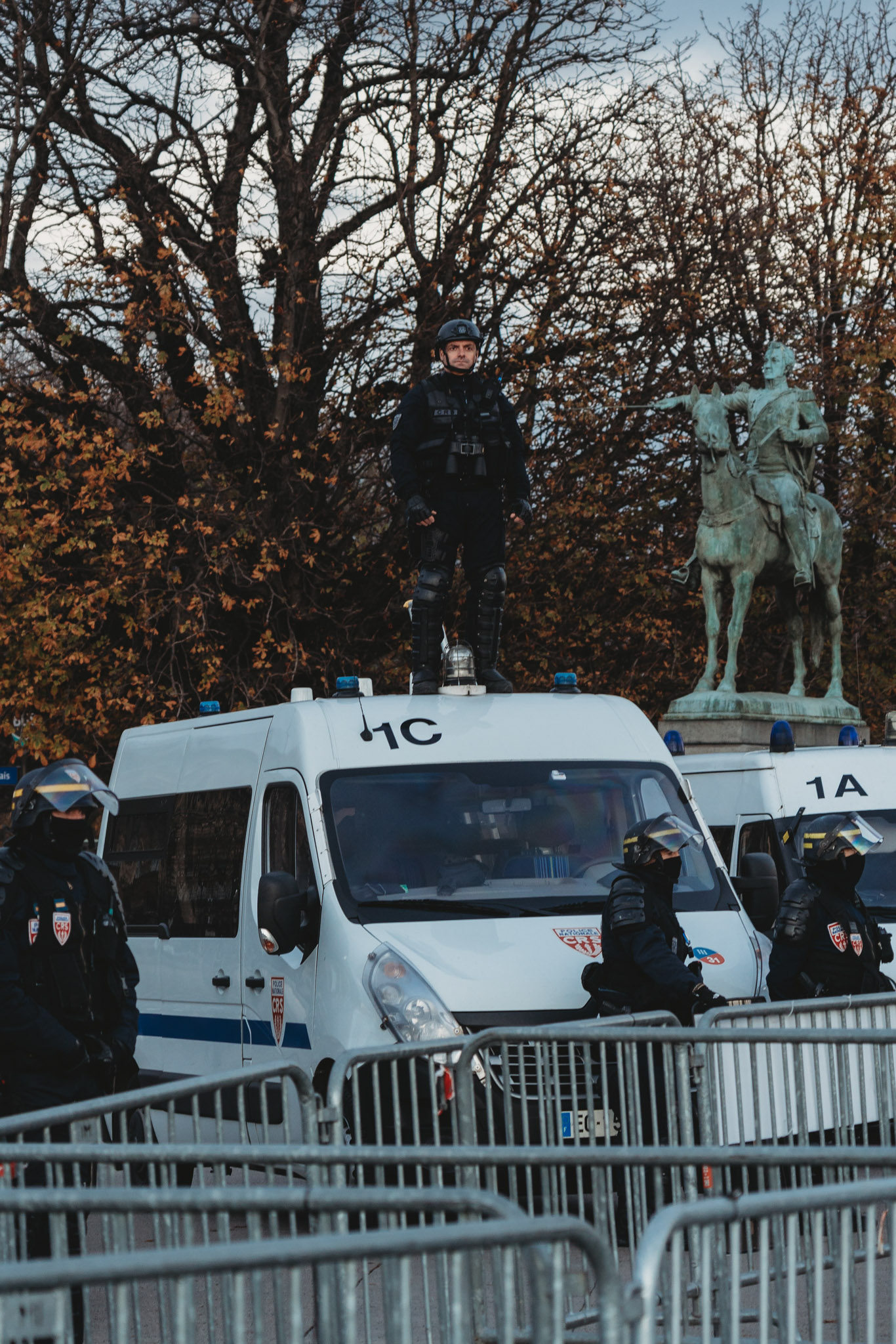 Returning to France is one of those luxuries which excites the senses long before the departure. I often find myself dreaming of the back alleys of Montmartre and getting lost in any of the cimetières or jardins for an afternoon with fresh espresso in hand. I’m not typically a person who enjoys large cities, but Paris is one of the places I feel I have lived many lives. Navigating the expansive city was always rather effortless, and I felt at home in the language and the culture before I ever stepped foot in the borders.

My travel experiences have undergone a recent shift where it is no longer about the destinations, but the people I am able to share the experiences with. After three beautiful weeks unveiling the beauty of Myanmar, my dearest friend Jayne agreed to join me in France to close out four months of travel and one last dose of what I call tangible magic. It was also a dream of hers to see Paris, so a quick trip en route to Ireland felt like a perfect addition to our itinerary.

What happens when you see the most beautiful city in the world in the grasps of violence and destruction? As a traveller, there is always the potential for danger and mishaps when exploring countries beyond your home, but we didn’t anticipate ending up in the thick of it.

My father text me sometime in the morning, “Are you in Paris?”
“Just arrived today, what’s up?!”
“Be very careful. There are major protests happening. The entire city is supposed to be shut down.”
“We’ll be careful, I promise!”

He always has an FBI report ready for places I’m going, but this one of Paris left me unphased. If there’s one country I feel the safest in, it’s France, and I had been anticipating this return for some time.

It wouldn’t be long before we could feel the tangible effects of the protests. There was a Women’s March scheduled for the afternoon that we planned to find, but I also read of the Yellow Jacket protests coinciding with the same schedule. I found it eerie to see the Eiffel Tower completely deserted. The area surrounding it was still teeming with the same energy, but there were no dizzying lines of eager tourists ready to climb its height. There was no information as to why this monument was closed, but no one seemed to be pressing the matter either.

We were on the hunt for a copy of L’Alchemiste and heading the direction of a bookshop in the vicinity of the Louvre. I remember seeing a helicopter hovering with thick black smoke billowing in the distance. Not feeling any sense of urgency or alarm, I assumed it was being taken care of by emergency services. We boarded the metro near the Trocadero unknowingly of the destruction ahead.

With no explanation or warning, the metro barreled through our intended stop, which was a giant plume of dense smoke. The air in the cabin became thick and hot with passengers breathing into their scarves for protection. When we exited the metro, we walked directly into the middle of the Yellow Jackets protest. Trash cans lit on fire were left burning in the center of the streets. Plumes of black smoke billowed from a corner building; its distinct Parisian architecture now charred remnants of what beauty used to exist there. There were no sirens or sounds of fire engines making their way towards the flames. This would be one of several structural casualties over the coming weeks of protests.

We tried taking side streets, intentionally heading the opposite direction of protestors, but every turn, we were met with more highlighter yellow vests and masks covering unseen faces. At one point, we walked by a woman having water poured in her eyes in an attempt to relieve her of the tear gas she was exposed to.

We weren’t the only tourists trapped in the middle of a protest we wanted no part of. We asked several officers if we could pass the barrier, but they only gestured we continue walking towards the Seine. We followed their shields and their layered batons further and further through the center of the city. Their barricades lined the entire area around Champs-Élysées and for several blocks beyond. Empty smoke bomb canisters filled the gutters, and officers in riot gear stood behind metal grates attached to military vehicles. I couldn’t tell if their glares were out of not wanting to engage in violence or out of anguish for seeing their city being completely destroyed.

Fires burned the entire length of Champs-Élysées—the distinct shape of the Arc de Triomphe making an appearance through the flickering flames and rising smoke. Helicopters circled overhead, and the more docile protesters stood to observe the chaos. A woman, likely in her eighties, was being helped across the street by someone presumably to be her son. A father walked with his toddler on his shoulders, waving at the police officers as they walked by. There were plenty of people there for the right reasons, but we were witnessing the frays of protestors deliberately stoking the flames.

Explosions still blasted around us—their pressurized booms becoming more deafening the closer protestors moved towards where we stood. That’s when a group of rouge protesters took a bicycle and chucked it into a shop window. A new trashcan was lit on fire and left in the middle of the street to burn. Except the small flames tripled in size and riot police were sent in to disarm those inciting violence. They huddled behind their shields in a collective barrier as protestors started throwing glass bottles, some filled with burning rags. The officers were trapped, and my stomach dropped watching them try to retreat.

Unexpectedly, a brigade of police vehicles was permitted to pass and sent barreling down Champs-Élysées. Metal gates meant to be barriers were strewn across the road, making it difficult for them to drive to wherever they needed to be. There was another massive explosion, and protestors took off running in different directions. More and more explosions started erupting around us, and I asked Jayne if we could head towards the river. I didn’t want to admit the fear I was harboring at this moment, but this was the closest to physical violence and danger I had ever been. I knew not everyone was there to cause destruction; we just happened to be surrounded by the ones who were. I didn’t want to get caught in a showdown if the police found it necessary to act.

Our lungs became heavy and we started feeling ill from being exposed to so much smoke and lingering tear gas. We walked along Avenue Montaigne until we finally found a place where we could pass the police barrier. We walked along the Seine, reflecting on the violence and destruction we witnessed in a city that is known for its light, beauty, and romanticism. We stood on Pont Alexandre III, watching the sunset beyond the Seine. The serene stillness I know of this city reflected on the ripples of the flowing river.

Behind us, an officer stood on the top of a militant van, peering through his binoculars in the direction of Les Invalides. The Yellow Jackets were coming, and he was ready for whatever destruction they brought with them.

« Athens & the Acropolis | A Gallery 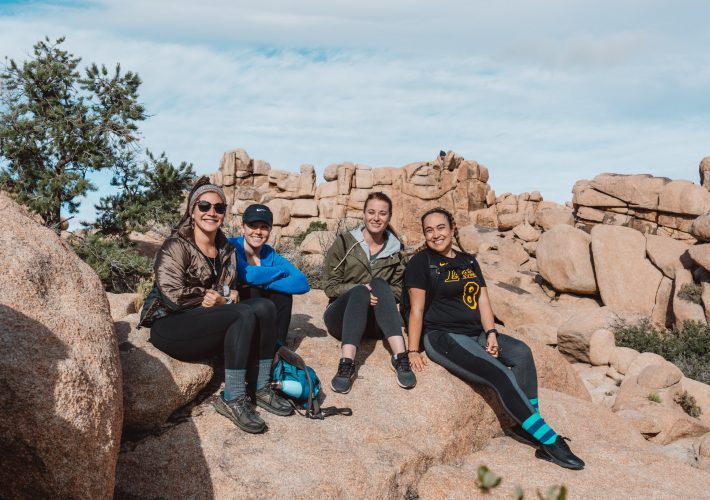 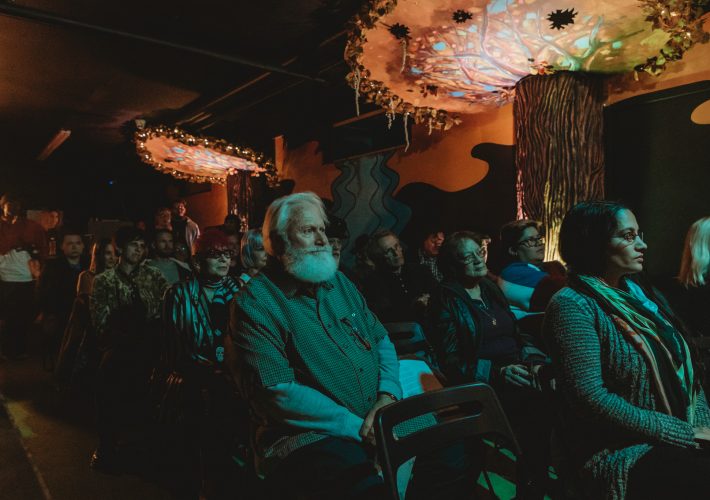 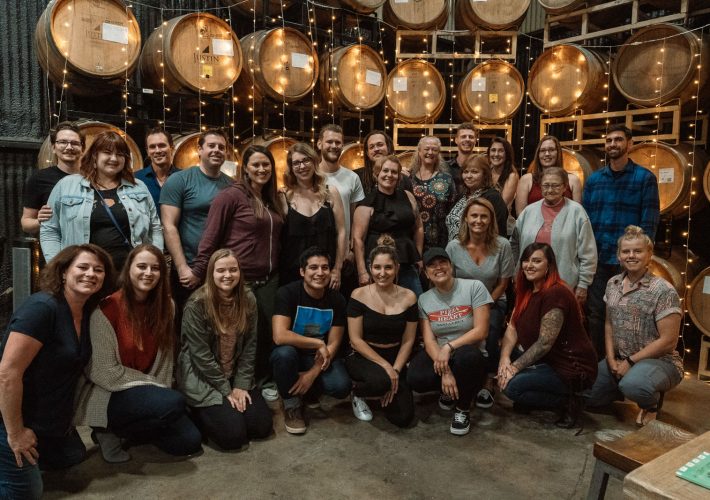