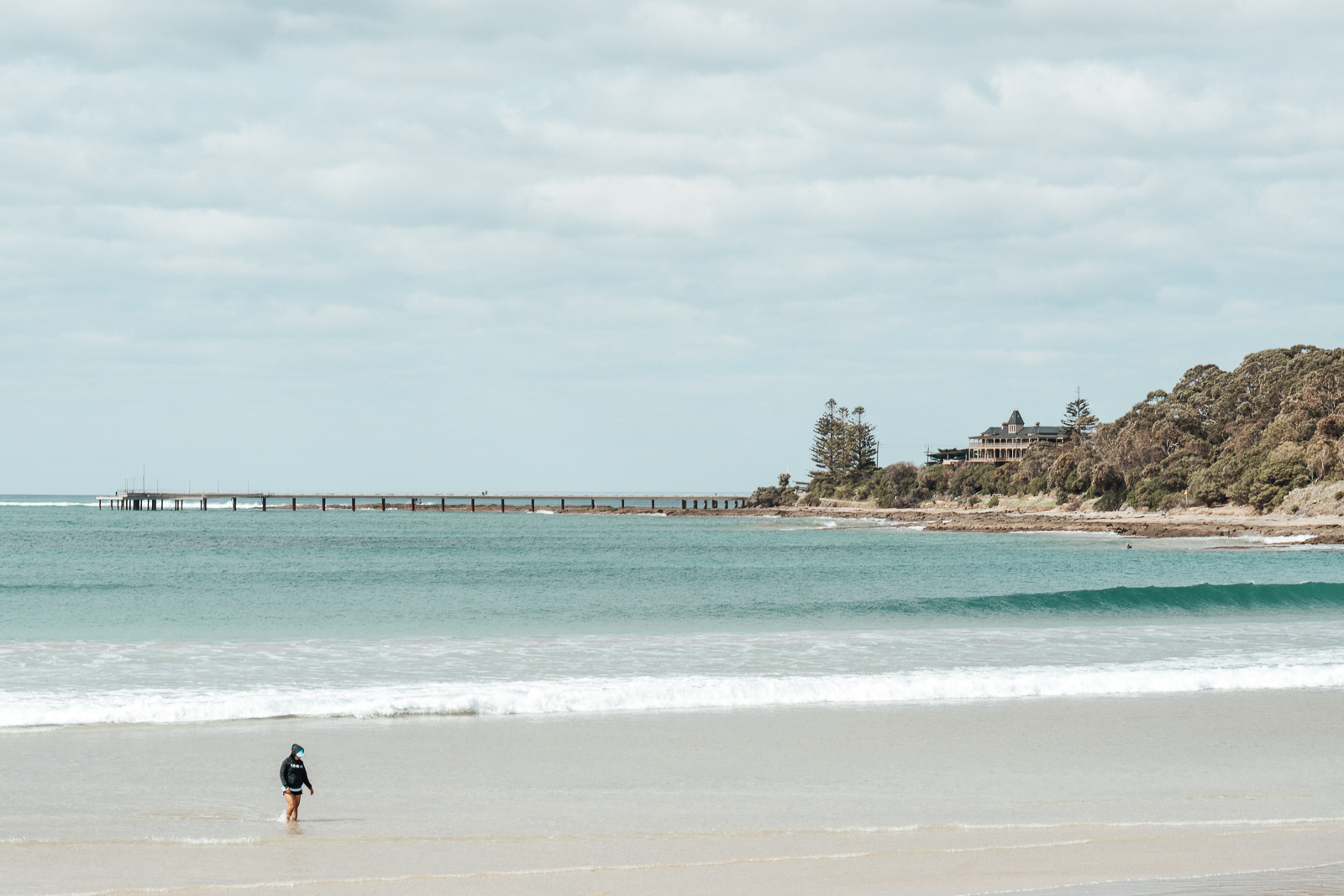 He kissed me goodbye that morning. Another 72-hour shift meant waking up alone in his bed. Except for a few hours later, I would wake up suffocating-as if an elephant took residency on my chest and had no intention of moving.

I called him between violent sobs and sharp pangs in my side.

“I can’t breathe.”
“I know you’re scared, but you need to stop crying. It will only make things worse.”

Explaining my symptoms as calmly as I could, he told me not to call the paramedics. “They won’t know how to treat you. Go straight to the ER and tell them you have chest pain. They’ll get you in immediately.”

I arrived at the emergency room within the hour. While they did give me a bed as fast as he said, they treated me like this was a cry for attention. “It’s probably gas,” they presumed without running any tests, “or a blockage of the intestines. We will get you our of here by this afternoon.”

It would be eight hours and an unconventional blood test for someone my age before their sense of immediate danger set in. With it came the admittance that their misdiagnosis was almost fatal. Had the blood clot in my lung gone undetected any longer, more permanent damage would have been done. As every hospital staff I encountered who learned of my condition would remind me: “You are so lucky to be alive.”

The weight of the hospitalization and living with a pulmonary embolism wouldn’t hit me until several weeks later. The blood thinners I was taking meant weakened stamina, a forgetful mind, and tissue paper for skin. I was aware my body was being poisoned, but I was told this was the only way I could survive. Each week my INR levels were threatening and I was being deprived of my 22-year-old existence. My mortality was the center of every discussion along with this false assurance that I was fine with what happened. Until one day I was hit with the harsh realization that I was never really living. I lacked awareness and intention with no purpose or direction. I had no friends or identity of my own and couldn’t remember the last time I was happy.

I was a shell of a human coasting through the mundane motions of an uninspired life in a near-permanent state of complacency.

I wanted more for myself, but somewhere I had forgotten how to dream. How could I have deviated so far from the person I imagined myself to one day be? After that day, new dreams were written with the ashes of what my life used to be. Each new experience I embraced led perfectly to the next, evolving into what I know my life to be today.

Had I never had the PE, I would have never jumped out of a plane or tried standup comedy. Had I never graced the stage, I would have never found my dear friend Jimmy or owned a karaoke company. I would have never met Guam Felix or gone on a game show or won $4600 to afford a one-way ticket to Europe to celebrate my 24th birthday in Germany. Had I never discovered the freedom and radical self-reliance of solo travel, I wouldn’t have seen an orangutan in the rainforest or traversed the entirety of Vietnam on a motorbike named Isadore. I wouldn’t have filled my first passport within five years or called several countries and communities home. I wouldn’t be a photographer, a writer, a performer, or a poet.

Had any single one of these events gone entirely different, I wouldn’t be sitting in front of a cafe in Annecy writing this reflection as the sun sets beyond the chateaus along the glittering canal with French filling the air of this tucked away courtyard matching the warmth of the golden hour hues.

Had I never known death, I would never understand life.
Which is why I have consciously chosen life every day since.

What is greater than the sum of these experiences are the people they have inevitably led me to. I never expected my heart to understand the varying depths of love I have seen or felt, but it has transformed the way I move through this world and my eagerness to welcome so many others into my life. A once guarded heart broken wide open by the kinds of love I have known, I can’t imagine being anything other than a physical embodiment of love. I trust my heart will always lead me to the people I’m meant to share this earthly existence with; even if our connection is of a fleeting kind or it takes years to find each other in the world again.

I’m fully aware I write flowery prose and choose to share the brighter side of literally everything, but the beauty I have come to know has been equally fraught with tragedy. Both have drastically shaped my life and its trajectory and it seems I can’t know one without the other. I always thought I knew the meaning of strength until I was shown repeatedly otherwise. I wish I didn’t know the intricacies of death of the people closest to me, the devastating realities of surviving sexual assault, or the reputations (and repercussions) of divorce, but with enough time and emotional distance, I know gratitude will live in the wounds of my recent past.

Part of this intentional living is admitting I am not a perfect person and a willingness to change to avoid hurting myself and others in the future. I have made grave mistakes. I have given up. On people. On dreams. On myself. I have treated people poorly. I have treated myself poorly. I have said mean things to people out of being hurt—things I will never be able to take back. I have deeply hurt people I love. I have broken lovers’ hearts. I have walked away from seemingly good things towards unpredictable horizons. I have failed. A lot. I have more failures under my belt than I can count, but I show up every day and I try. I go to bed with my flaws and try to love myself even harder in the broken corners of my soul with the sincerest hope of being better tomorrow.

I know for certain this won’t be the last time I’m sucker punched in the gut by life, but I will always rise to find my footing again. While the path of least resistance should be the most appealing to me after everything I’ve been through, I welcome the obstacles which will inevitably show me the way to a more mindful and meaningful existence. I will always wish for less tragedy for myself and others, but what is life without navigating a spectrum of suffering? What would perseverance be without the will to overcome? What is life without wonderment and imagination? I’ve found it necessary to sit with painful emotions in order to recognize the brilliance and potency of unfiltered joy and splendor. My life has become poetry in motion filled with tangible magic in literal abundance, but if I want the flowery prose, I must understand the darker shades of my being and these earthly experiences too. That’s why I stand on the edge of unknown horizons trusting the path will reveal itself with time.

Everything led me to a place of warmth beyond the darkness I used to know, so why shouldn’t these storms continue to pass only to reveal the sun?

The things I fear the most now are stagnancy and complacency, which is why I will never stop moving. If my able body and receptive mind present new opportunities to move forward, then move forward I shall. That’s where I find a sense of comfort and beauty these days—within the possibilities of the unknown. I don’t plan for tomorrow and love with all that I am because it’s the only way I want (or know how) to be. Until well-rehearsed dreams become milestones and I find home in the hearts of those I am meant to find, I will continue riding the forward momentum of the anniversary of this day with as much grace, openness, gratitude, and unconditional love my little heart can muster.

I know what it means to be alive but not really living which is why I will always seek an inspired existence. It’s not always rainbows and unicorns, but looking back at the frightened girl in the hospital bed mustering a smile for everyone else’s benefit, I would say it’s been pretty damn close.